This review I did in Oct 2006. And again I cut and pasted my review from FBTB.

Now seeing how I never did a review on it, I thought now would be a good as time as any.

Look 9/10
Likeness to film 9/10 looks like the real deal but get's 9 because of only 2 cannons per side.
Build 5/10 and 10/10 let me explain.
Okay the 5 is in regards to the triangle underside you make with a crap load of bley and dark plates. It is very weak and breaks at the slightest push. You can fix it, like I did by reinforcing the underside with other plates or in my case I used long technic white and grey "sticks" so they matched wth the rest of it.
The 10 is for the actual body and bridge superstructure. Granted the bridge doesn't quite have the right look but it is far better than the underside as stated above. Pure genius on lego's part for using technic to create the internal triangle frame of which everything connects to. Plus once it is all put together it looks great.
Price per parts. 10/10. Even though it was $180 AUD it has as you all know alot of parts and the minifigs which including a tarkin fig that is not available in other sets.
Swoosh factor -1 to 0/10 as the thing is just way too big to do that. It is best used as a playset or display. If you reinforce the underside at the correct points then 8/10. 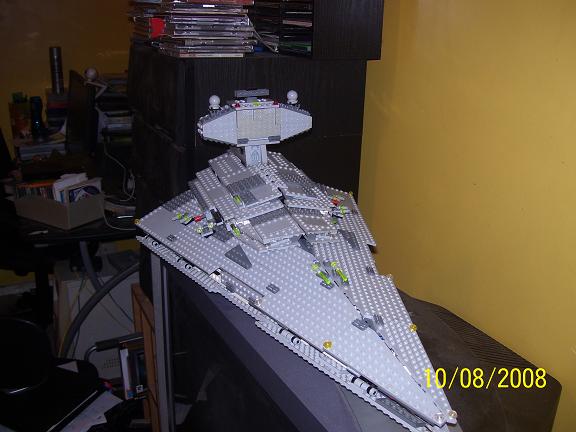 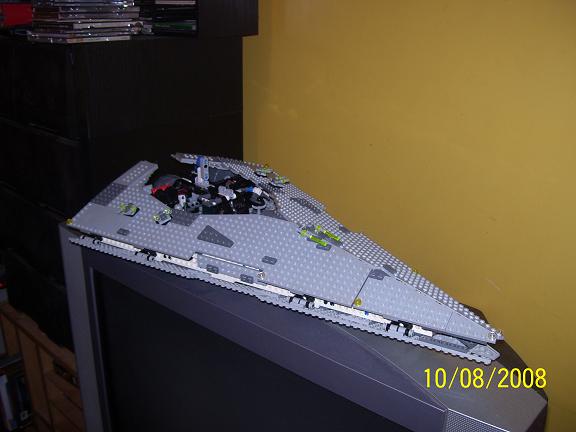 A look inside at the back section, I wonder who we will see? 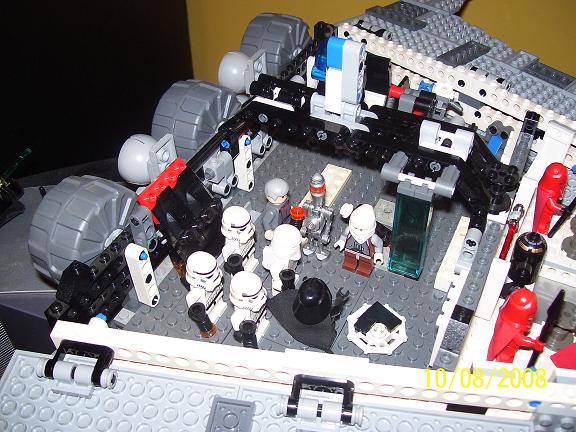 Now the front inside 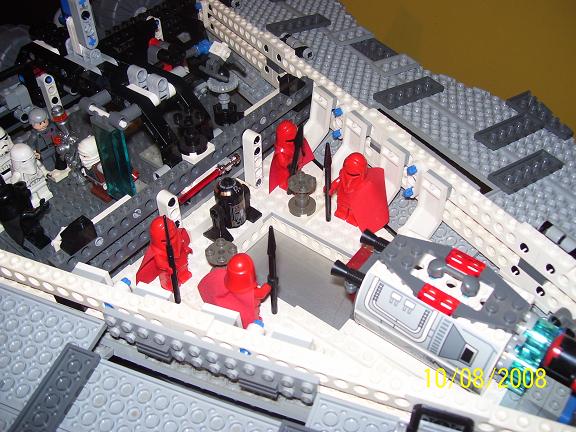 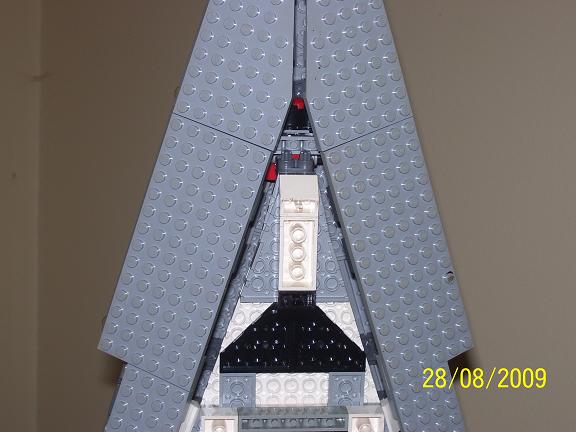 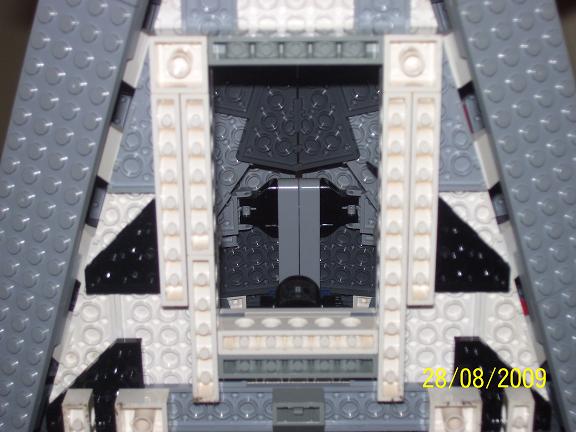 Between the hanger and rear section 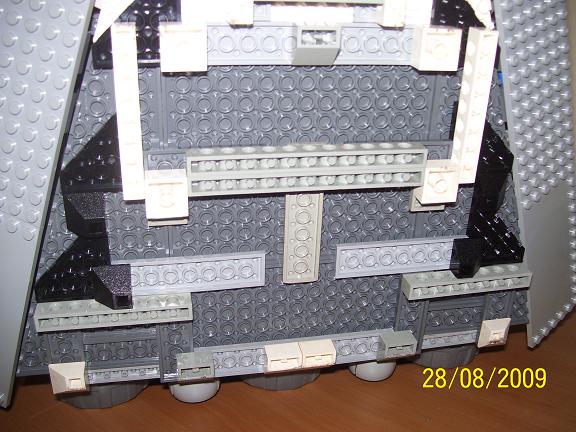 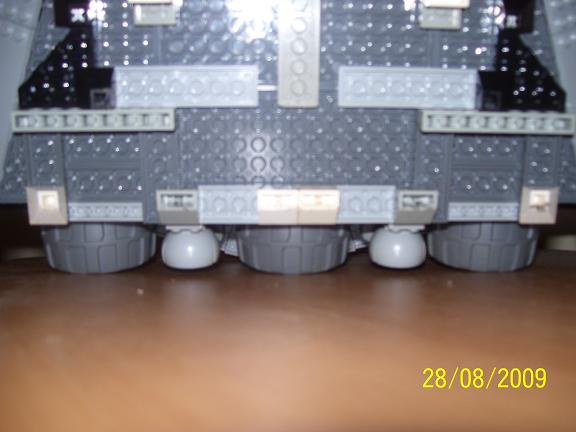 Looking down at the hanger bay with the escape pod 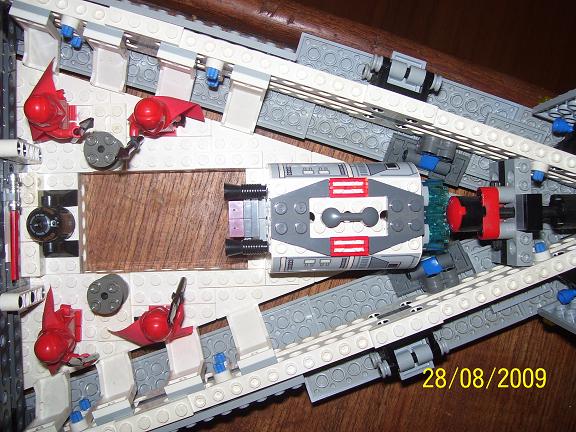 The escape pod itself opened up 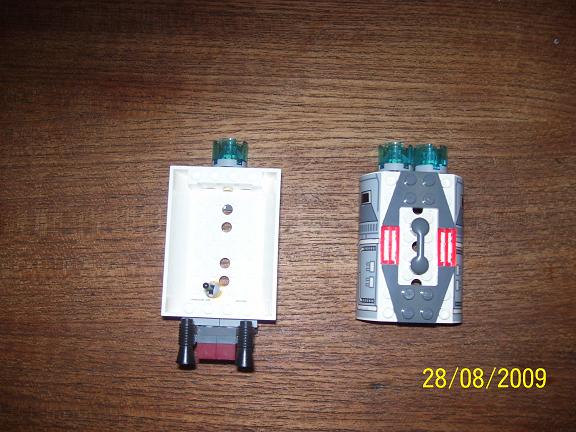